Mahoroba no yu is well off the beaten track in a beautiful rural area in the north east corner of Tochigi Prefecture. This destination was an accidental discovery as I had been on my way to nearby Kitsuregawa Onsen, but due to some miscommunication with a local and the bus driver,  I ended up traveling to Batou and the Nakagawa area. In the end it was another great adventure with a few twists and turns along the way.

My local departure point for the day was the JR Ujiie station, which is located on the Utsunomiya line, approximately 2 hours and 10 minutes north of Tokyo. Ujie is a quiet station with one or two taxis out the front, and buses departing once per hour. Ideally car travel is the most convenient as I was soon to discover! In addition to the public buses, there is a free shuttle bus service which runs to Kitsuregawa Onsen. Again there were only a 5 services for the day, and as my timing did not coincide, I decided to head off on the public bus.

The public bus took me on a very scenic drive through the hills and plains of the Kitsuregawa and Nakagawa region. Due to the remote route of the bus, there was no bus stop called “Kitsuregawa Onsen”, so by the time I got off the bus 50 minutes later, I found that I was at at a place called Batou. I recalled the name of this area had popped up during my internet search for onsen, so I felt relatively confident that there would still be an onsen nearby.

Luckily there was a tourist information centre near the bus stop. Sure enough, the lady confirmed that I was no longer anywhere near Kitsuregawa Onsen so I just asked her to please point me in the direction of the nearest onsen. She was surprised to hear that I was traveling without a car, but suggested that the closest onsen would be Mahobara no Yu, which was “about a 15 minute walk” away.

45 minutes later I was still walking down the road with sweat pouring down my face as I wondered if I was there yet! I had to smile to myself as I thought of the “country mile” which must be the same the world over when the locals say “It’s just down the road”. Another 5 minutes and I was finally there. Although I was very  hot and tired due to the unseasonably warm autum sun, I had enjoyed some beautiful rural scenery along the way. In fact, I discovered that there is a district not far away called Nakagawa-Koisago, which has been recognized as one of  “The Most Beautiful Villages in Japan”.

Paddies of rice fields and other vegetable crops were in various stages of the autumn harvest. 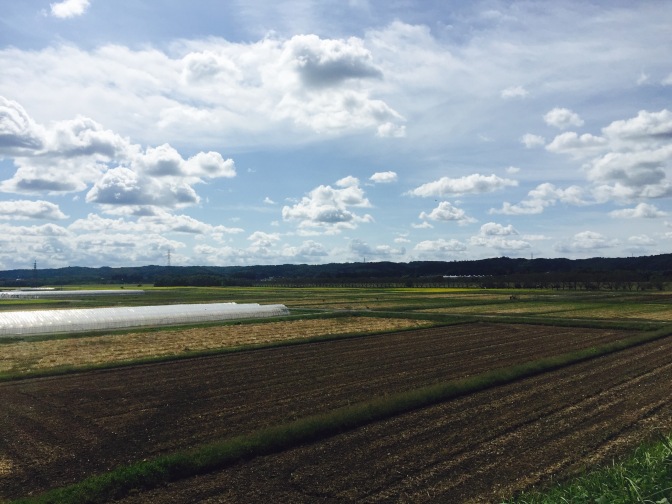 The Nakagawa river, after which the area is named, runs across the plains.

I arrived at Mahoroba-no-yu, well and truly ready for a bath! Ironically, prior to my bath however, I really needed to work out my next travel logistics as I was now well off the beaten track away from all of the bus routes. If I were to miss connections, it was going to be a very long trip home. In short, the the lady at the reception kindly offered to book at taxi for me travel back to Kitsuregawa Onsen, to connnect with the free shuttle bus that would get me back to Ujiie station.

Mahoroba-no-yu was quite a large set up along the river and it included some cabins that people could stay at. The indoor and outdoor baths were pleasant and well maintained but no “wow” type views. I am sure I gained some benefits from  the water however as the Kitsuregawa/Batou area is renowned as being one of the top 3 onsen in Japan for “bihada no yu” or hot water for beautiful skin. 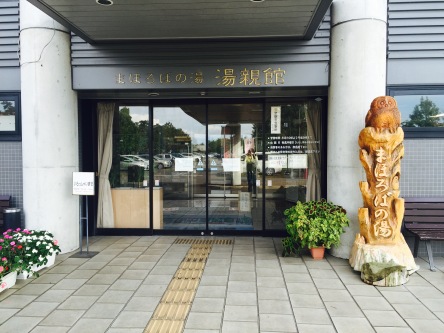 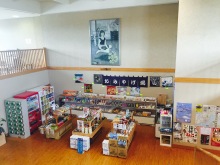 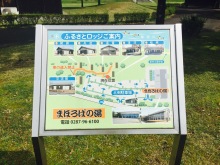 After the bath, I ate at the small dining facility – again nothing startling, but “serviceable”.  It was definitely a case of the journey and not the destination that had provided the experience, but again, I was very grateful for the soak and beautifying skin benefits.

Not long after, I was picked up from outside the Mahoroba-no-yu onsen by a lovely local taxi driver who chatted during the 20 minute trip along the country roads. I gave up guessing how much it was going to cost – but I finally got to Kitsuregawa Michinoeki as the metre just clicked over 5000 yen (more expensive than the return train trip from Tokyo!)

Michinoeki technically translates as a “road station”. These developments are popping up across regional Japan as centers to showcase and sell local produce, hold community events and provide service facilities and meals to travelers and locals alike. There are even foot baths at some facilities. Unfortunately I did not have too much time to wander around as I had to be on time for the free shuttle bus service for the last 35 minute road trip back to Ujie station.

For the first half of the journey, I was on my own with the driver, and we had a good chat about his family and where I was from, and how he had also visited Australia many years ago. He was keen for me to meet his wife who worked at one of the little local rotenburo (outdoor onsen), which is at the first of 2 stops along the way. Here she is with a big welcoming smile in the bottom right hand picture below! 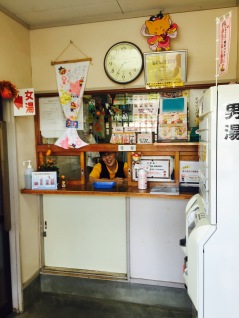 The second stop on the Kitsuregawa Onsen shuttle bus is Motoyu another local onsen which was larger in size. The mini bus almost filled up as lots of locals streamed onto the bus at this stop. The driver was soon introducing me as the traveler from Australia and made sure I said a friendly hello to everyone. You can really have some fun when you meet the friendly locals the country bus trips.

Looking  back over the day, I was glad to have the unexpected detour to Batou Onsen, but thanks to the final shuttle bus and the introductions, I now know my way to Kitsuregawa Onsen. Next time….!

Take the JR Utsunomiya line from Ueno station to Ujie (2 hours and 10 minutes). Depending on the train schedule, you may need to transfer trains at Utsunomiya (an easy transfer to a connecting train waiting across the platform).